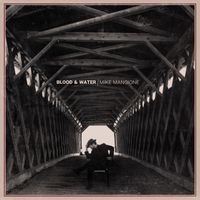 From the recordings Blood & Water and You Didn't Come Here Alone

Yea you’re important I know, I see it to
Every photo of you is another photo of you
But your value is neither a flag or a key
Or something someone holds above your head on your knees
You don’t have to try so hard to please
So go take a nap and come back to me

Yea, and thats a lot I know but hold on
Don’t fear, carry on
Though it feels you’re far from home
You didn’t come here alone

Things have changed it’s true even I’m so scared
Some seem so angry, so mercy impaired
When the doors flung open the small reached for the ground
Now the shepherds are the wolves who treat the faithful like clowns
But before you grab the stone know behind every eye
Is a story that if you knew it would break you to cry

Somethings you are meant for but some meant for you
Be vigilant to the difference and rehearse what to do
And grasp at the heals but know your own shoes
And give where you’re needed, please don’t give where you choose
And some days are a whistle and some days the blues
Some days you need power but you kicked out fuse

Yea, thats a lot, I know, but hold on
Don’t fear, carry on.
Though it feels you’re far from home
You didn’t come here alone

It can be easy to whisper, easy to scream
To hold out a picture of the way it should seem
To build yourself high to cover the dirt
And dress each pain in the sexiest skirt
But there’s one thing Ive learned
Vulnerability kills those masking the naked and strengthens the will

Oh thats a lot, I know, but hold on
Don’t fear, carry on.
Though it feels you’re far from home
You didn’t come here alone